Menu
Fire Alarm Inspection
Go Safer Security is the Maryland's Premier Fire Alarm Inspection and maintenance company. Trust us for thorough and accurate fire alarm inspections to ensure the safety of your property and loved ones. Stay compliant and secure with our professional inspection services.
Get A FREE Quote

Go Safer Security is the Maryland’s Premier Fire Alarm Inspection and maintenance company. Trust us for thorough and accurate fire alarm inspections to ensure the safety of your property and loved ones. Stay compliant and secure with our professional inspection services.

A fire alarm system will protect your property and assets only if it’s working properly.
Fire alarm systems must be inspected, tested and maintained regularly to comply with the codes and regulations of your local and/or state jurisdiction. 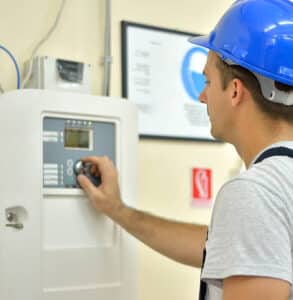 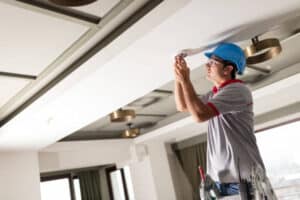 What’s the process for a fire alarm inspection?

Your annual fire alarm system inspection should test each component in the chain of devices that make up the system. This includes testing: 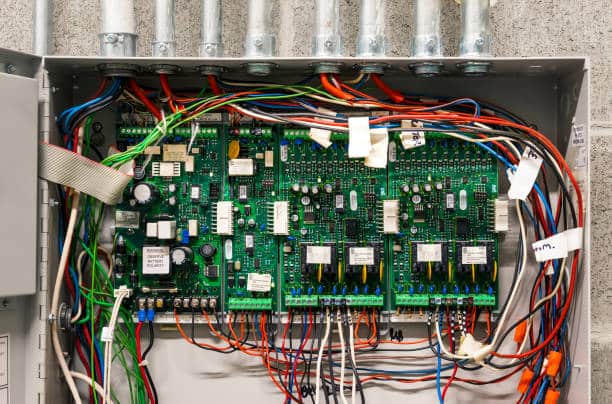 How often should a fire system be inspected?

Fire systems are vital components of any building, ensuring that its occupants remain safe in the event of an emergency. Regular inspections are necessary to make sure that these systems continue to operate as they should and provide a layer of protection when needed. To ensure optimal performance, it is recommended that fire systems be inspected every 6 months.

Inspections should involve all aspects of a fire system including smoke detectors, alarms, sprinklers and other related items. During the inspection process, any malfunctions or signs of damage can be identified and rectified before they become major issues. Furthermore, this process also ensures that all necessary permits are up-to-date and compliant with local regulations.

Scheduling regular inspections can save lives in the event of a fire emergency by making sure that all components operate properly within a reasonable timeframe.

Why do fire alarms need to be tested?

Fire alarms are a critical tool for keeping people safe in the event of a fire, so it is essential that they are regularly tested to ensure they will work properly when needed. Testing fire alarms helps identify any potential issues with the system, like broken or disconnected wiring, low battery power, or dust accumulation on sensors. This allows for repairs and maintenance to be done before a real emergency occurs. Additionally, testing helps familiarize people with the sound of the alarm and ensures that everyone knows what to do if one goes off. Regular testing is an important part of keeping people safe in case of an emergency.

What are the four conditions of a fire alarm system?

A fire alarm system is a critical component of any building’s safety plan. It should be designed to meet four key conditions to ensure that it works effectively and efficiently in the event of a fire.

The first condition is detection, which means the system must be able to detect smoke or other signs of a fire quickly and accurately. To do this, the system should include smoke detectors and heat sensors strategically placed throughout the building. These devices should be wired into an alarm panel that can alert occupants when a fire is detected.

The second condition is notification, which means occupants must be alerted quickly once the system detects a fire. This can be done through audible alarms or visual alerts such as flashing lights or strobes. The notification should also include instructions on how to safely evacuate the building if necessary.

The third condition is control, which means that the system must have ways to control and stop the spread of fire once it has been detected.

What are the 3 main types of fire alarm?

There are three main types of fire alarms: ionization, photoelectric, and dual sensor.

Ionization alarms are the most common type of fire alarm as they are usually more affordable than the other two types. However, they can be prone to false alarms due to their sensitivity to everyday activities like cooking or showering.

Photoelectric alarms are better at detecting slow smoldering fires, but they can be more expensive than ionization alarms. Dual sensor alarms offer the best of both worlds, providing reliable detection with fewer false alarms.

No matter which type of fire alarm you choose, it is important that it is properly installed and maintained according to manufacturer guidelines.

What are the five components to a fire alarm detection system?

1. Smoke Detectors: These are the most widely used type of fire detector, as they are relatively inexpensive and easy to install. Smoke detectors sense particles in the air that indicate a potential fire and trigger an alarm when detected.

2. Heat Detectors: Heat detectors are designed to detect sudden increases in temperature that may indicate a fire. They come in two main types – fixed temperature and rate-of-rise – and can be used in areas where smoke detectors may not be suitable.

3. Flame Detectors: Flame detectors use infrared or ultraviolet sensors to detect the presence of flames and other hot objects within their field of view. They are used in applications where smoke detectors may be too sensitive, such as in areas with a large amount of dust.

4. Water Detectors: These detectors work by detecting changes in the electrical resistance of water and are used to detect flooding or leaks in pipes.